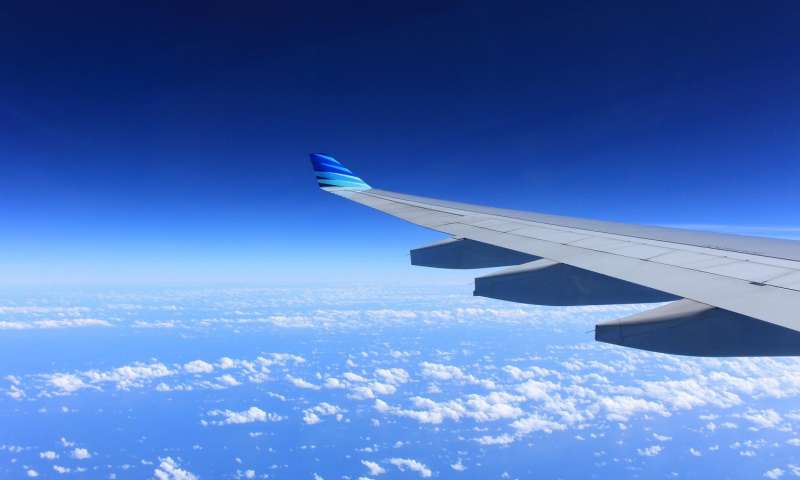 
One way to reduce flight shame may lie in a ring of flames. And in the gas that’s generated in an outhouse.

The whole world is eager to have a more environmentally friendly way to fly. While some folks are trying to cover plane roofs with solar cells or to fill fuel tanks with used frying oil, researcher Nicholas Worth from NTNU is studying a ring of flames to the tune of millions of euros from the EU.

Some of the most harmful exhaust particles are nitrogen oxides. This is an odourless and colourless gas that forms when engines burn at high temperature. This type of pollution can trigger lung function problems for people with asthma. At worst, it can trigger asthma. Diesel emits more of this type of pollution than gasoline. Electric cars emit nothing. Airplanes emit a lot.

Lots of pollution at airports

“You’ll find a lot of these fumes at airports. On top of that you have greenhouse gas emissions that come from the combustion of the fuel itself,” Worth says.

While some people believe that greenhouse gas emissions from aircraft account for two percent of global emissions, others believe that the figure is higher than ten percent. Perhaps no one can come up with an exact figure, but seen from an individual basis, flights are a source of high emissions per person.

To understand how a ring of flames can lead to greener aircraft transport, we need to take a tiny dive into an aircraft engine.

Aircraft powered by a form of paraffin

Airplanes have a gas turbine engine powered by aviation gasoline. This is derived from petroleum and, greatly simplified, can be referred to as lamp oil, paraffin or kerosene. It’s easy to light, works really well and isn’t very environmentally friendly.

This is exactly where Worth’s work comes in.