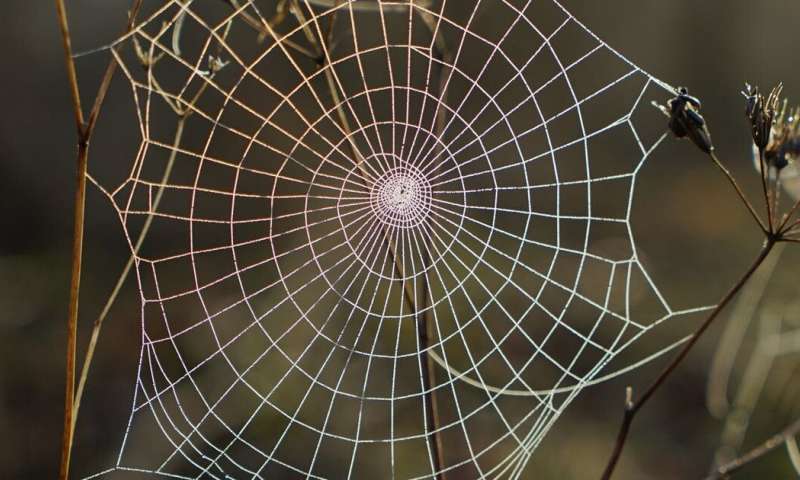 A spider’s web is secure, and ours? Credit: Robert Anasch/Unsplash, CC BY


In late February 2019, the Internet Corporation for Assigned Names and Numbers (ICANN), the organization that manages the IP addresses and domain names used on the web, issued a warning on the risks of systemic Internet attacks. Here is what you need to know about what is at stake.

What is the DNS?

The Domain Name Service (DNS) links a domain name (for example, the domain ameli.fr for French health insurance) to an IP (Internet Protocol) address, in this case “31.15.27.86”). This is now an essential service, since it makes it easy to memorize the identifiers of digital services without having their addresses. Yet, like many former types of protocol, it was designed to be robust, but not secure.

DNS defines the areas within which an authority will be free to create domain names and communicate them externally. The benefit of this mechanism is that the association between the IP address and the domain name is closely managed. The disadvantage is that several inquiries are sometimes required to resolve a name, in other words, associate it with an address.

Many organizations that offer Internet services have one or several domain names, which are registered with the suppliers of this registration service. These service providers are themselves registered, directly or indirectly with ICANN, an American organization in charge of organizing the Internet. In France, the reference organization is the AFNIC, which manages the “.fr” domain.

We often refer to a fully qualified domain name, or FQDN. In reality, the Internet is divided into top-level domains (TLD). The initial American domains made it possible to divide domains by type of organization (commercial, university, government, etc.). Then national domains like “.fr” quickly appeared. More recently, ICANN authorized the registration of a wide variety of top-level domains. The information related to these top-level domains is saved within a group of 13 servers distributed around the globe to ensure reliability and speed in the responses.

Due to the distributed nature of the database, often the first server contacted does not know the association between the domain name and the address. It will then contact other servers to obtain a response, through an iterative or recursive process, until it has queried one of the 13 root servers. These servers form the root level of the DNS system.

To prevent a proliferation of queries, each DNS server locally stores the responses received that associate a domain name and address for a few seconds. This cache makes it possible to respond more quickly if the same request is made within a brief interval.

DNS is a general-purpose protocol, especially within company networks. It can therefore allow an attacker to bypass their protection mechanisms to communicate with compromised machines. This could, for example, allow the attacker to control the networks of robots (botnets). The defence response relies on the more specific filtering of communications, for example requiring the systematic use of a DNS relay controlled by the victim organization. The analysis of the domain names contained in the DNS queries, which are associated with black or white lists, is used to identify and block abnormal queries.

The DNS protocol also makes denial of service attacks possible. In fact, anyone can issue a DNS query to a service by taking over an IP address. The DNS server will respond naturally to the false address. The address is in fact the victim of the attack, because it has received unwanted traffic. The DNS protocol also makes it possible to carry out amplification attacks, which means the volume of traffic sent from the DNS server to the victim is much greater than the traffic sent from the attacker to the DNS server. It therefore becomes easier to saturate the victim’s network link.

The DNS service itself can also become the victim of a denial of service attack, as was the case for DynDNS in 2016. This triggered cascading failures, since certain services rely on the availability of DNS in order to function.

Protection against denial of service attacks can take several forms. The most commonly used today is the filtering of network traffic to eliminate excess traffic. Anycast is also a growing solution for replicating the attacked services if needed.