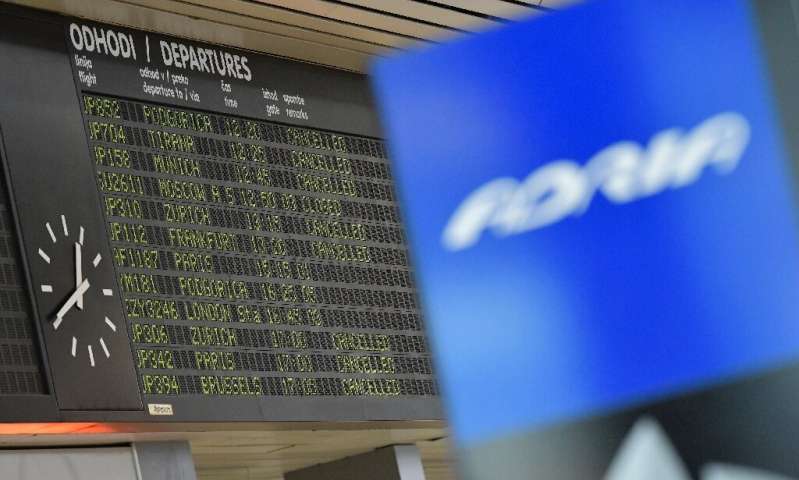 
Slovenia’s flag carrier Adria Airways announced Monday that it had filed for bankruptcy.

“Adria Airways on Monday filed at the court in Kranj a request to start a bankruptcy procedure,” it said in a statement, explaining that the move was due to “the lack of liquidity” and that the court had three days to consider the application.

Slovenia’s Civil Aviation Agency said that it had revoked Adria’s licence and that all of the company’s airplanes were grounded.

Last week, the agency had given Adria a week to present a financial restructuring plan or face losing its licence.

Since Adria started cancelling flights last week because of its liquidity problems, more than 10,000 passengers have been affected.

Earlier on Monday, the Slovenian government ruled out a rescue bid for the airline, saying Adria’s financial situation was worse than anticipated and bankruptcy was the sole option.

However, the government has not ruled out setting up a new state-owned airline to secure some of the routes that Adria served.

Slovenia sold the financially stricken carrier to German investment fund 4K in 2016 after ploughing more than 50 million euros ($55 million) into it.

But under its new owner, the airline—which employs about 500 people and operates regional flights between the Western Balkans and other parts of Europe—continued to lose money.

The carrier is the latest to fall victim to difficult business conditions for airlines.

Other recent high-profile casualties have been the two French carriers, XL Airways and Aigle Azur, which have both halted operations, as well as the Norwegian Air Shuttle carrier which rescheduled a repayment of $380 million with bondholders.