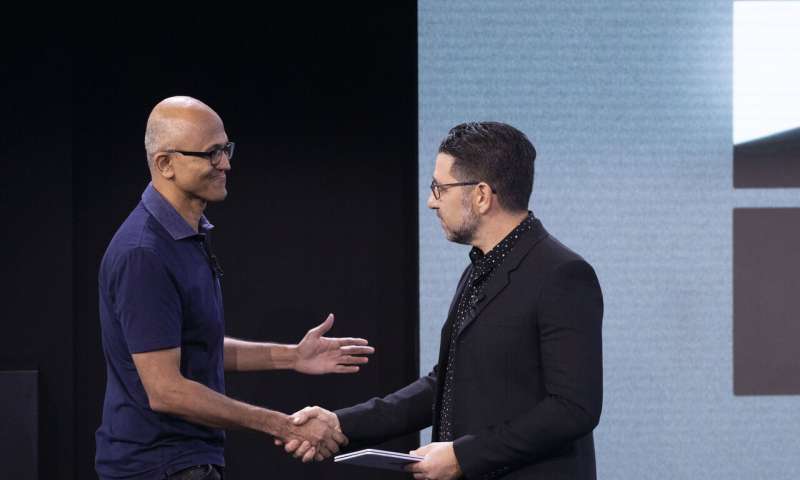 
After high-profile flops, Microsoft is getting back into smartphones with a dual-screen Android device that won’t be out for another year.

Microsoft unveiled the Surface Duo as part of a new lineup of Surface computers. It marks a reversal for a company that abandoned smartphones following lackluster demand for its own operating system and an ill-fated purchase of smartphone maker Nokia.

“I believe the third time’s a charm for Microsoft and smartphones,” said Patrick Moorhead, an analyst with moor Insights & Strategy.

He said Microsoft has had a good track record with Surface devices, while the Duo’s novel design offers something new at a time when phone innovation has been slowing down.

Microsoft says the Duo makes phone calls, though it stopped short of calling it a phone. Though it runs Android, the back of the prototype has a Surface logo that resembles Windows. The company prefers calling the Duo just another Surface device.

Microsoft also announced a dual-screen Surface Neo tablet, which also won’t be out until late next year. In a blog post, Microsoft said other manufacturers including Asus, Dell, HP and Lenovo will also make dual-screen and foldable devices using a variant of Windows called 10X.