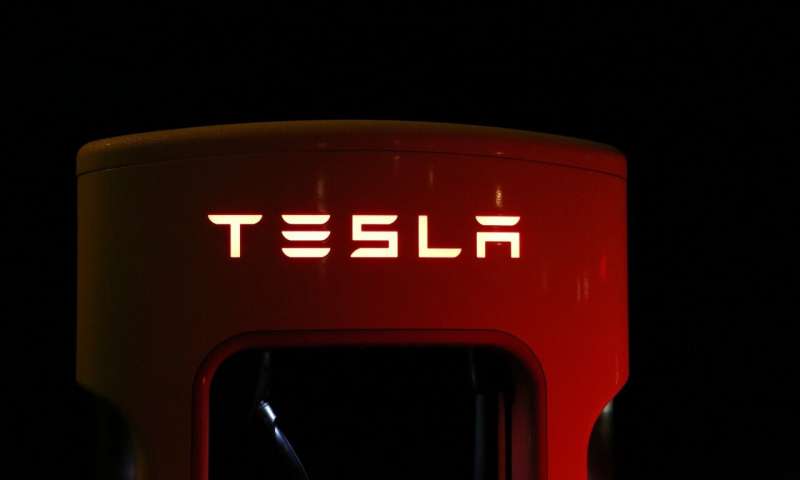 
Tesla drivers got a Thursday gift from the company—a software update that lets drivers watch Netflix, YouTube or Hulu while parked and Spotify while driving.

The update, version 10.0, will be rolling out via an over-the-air update this week.

After much waiting, Tesla owners will finally get to jam to their tunes on Spotify with premium account access. This comes in addition to previously available Slacker Radio and TuneIn.

Tesla had announced in July that streaming video was coming to the consoles at the center of the car. The big touchscreen that houses all of the car’s controls begged to have media on it. And now, when parked, drivers and riders can connect to their Netflix, YouTube and Hulu or Hulu + Live TV accounts.

Beyond the entertainment, Tesla is also adding how-to videos on car usage, navigation features called “I’m Feeling Lucky” and “I’m Feeling Hungry” to help find local restaurants and city landmarks and says its improved mapping features can be sorted based on distance to each destination.

—Sing-along. What the company calls “Car-aoke” features a Tesla supplied library of sign-along-tunes. And it supports multiple languages.

—Smart Summon. The feature that has been available to those with early access is now getting pushed out to all those Tesla owners who paid for one of the two tiers of semi-autonomous driving features—what Tesla calls Full Self-Driving Capability or Enhanced Autopilot. This feature allows drivers, using the Tesla app, to remotely summon their car and have delivered it to them in a parking lot, valet style, without a driver. But only if they are in proximity to the car.

—Gaming. Cuphead, the run-and-gun action game, is now available to play (while parked) in the Tesla Arcade. It joins the recently added Chess and “Beach Buggy Racing 2.”

—Tesla app updates. The app gets an upgrade as well, adding the ability to open and close garage doors, defrost vehicle’s cabin at the maximum temperature, and remotely control Model 3 and Model X windows.

—Security video storage. Those video clips Teslas record, whether via the dashcam in regular use or while in Sentry mode while the car is parked, will be easier to manage. Some owners had grumbled that the USB on which the videos was stored would fill up and miss the latest activity. Now, the Sentry Mode clips will be kept in a separate folder, and older clips will be automatically deleted.

—Shhhh. “Joe Mode,” lowers the cabin volume for select alerts such as parking chimes, which Tesla recommends for those times when there are sleeping passengers in the rear seats. Maybe the kids sleeping in the back won’t be able to hear when the adults in the front are playing games or watching Netflix.