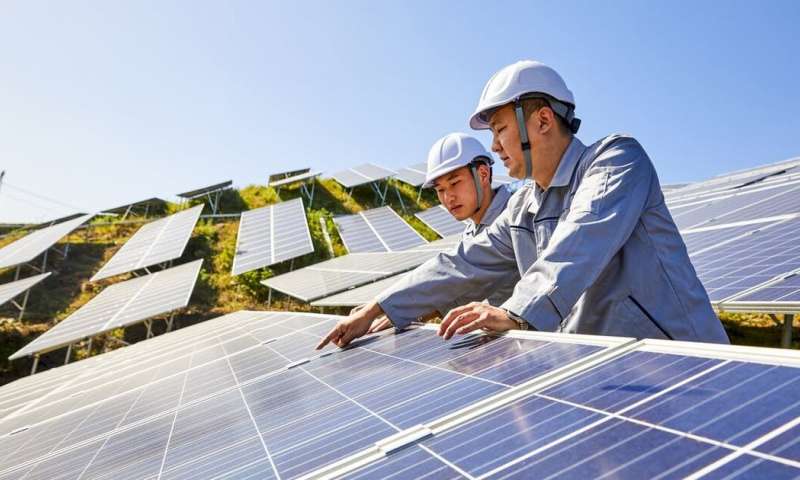 
China has invested US$90 billion in the countries involved in its Belt and Road Initiative (BRI) since 2013. The BRI involves developing infrastructure in 126 partner countries to boost trade within a region stretching from Indonesia to Western Europe via the Middle East and East Africa, inspired by the historical Silk Road.

While this economic development could help raise living standards in participating countries, it could also come with a huge potential increase in greenhouse gas (GHG) emissions. But our research demonstrates the region has huge potential for generating solar power. This could decouple economic growth from increasing carbon emissions.

Currently, over 55% of global GHG emissions come from the entire BRI region, and this number is expected to rise to above 65% by 2030 if their growth rates of emissions remain at current levels. Four countries in particular—China, India, Iran and Saudi Arabia—are among the top ten CO₂ emitters in the world and were responsible for 39.4% of the global emissions in 2017. Those emissions are likely to rise unless substantial efforts are made.

Yet the region also has huge potential to reduce emissions and become a major source of solar energy. Little research has been done specifically on the BRI region. So we evaluated the potential for solar electricity across 66 adjoining countries within the main BRI region, considering all the factors that might impact output.